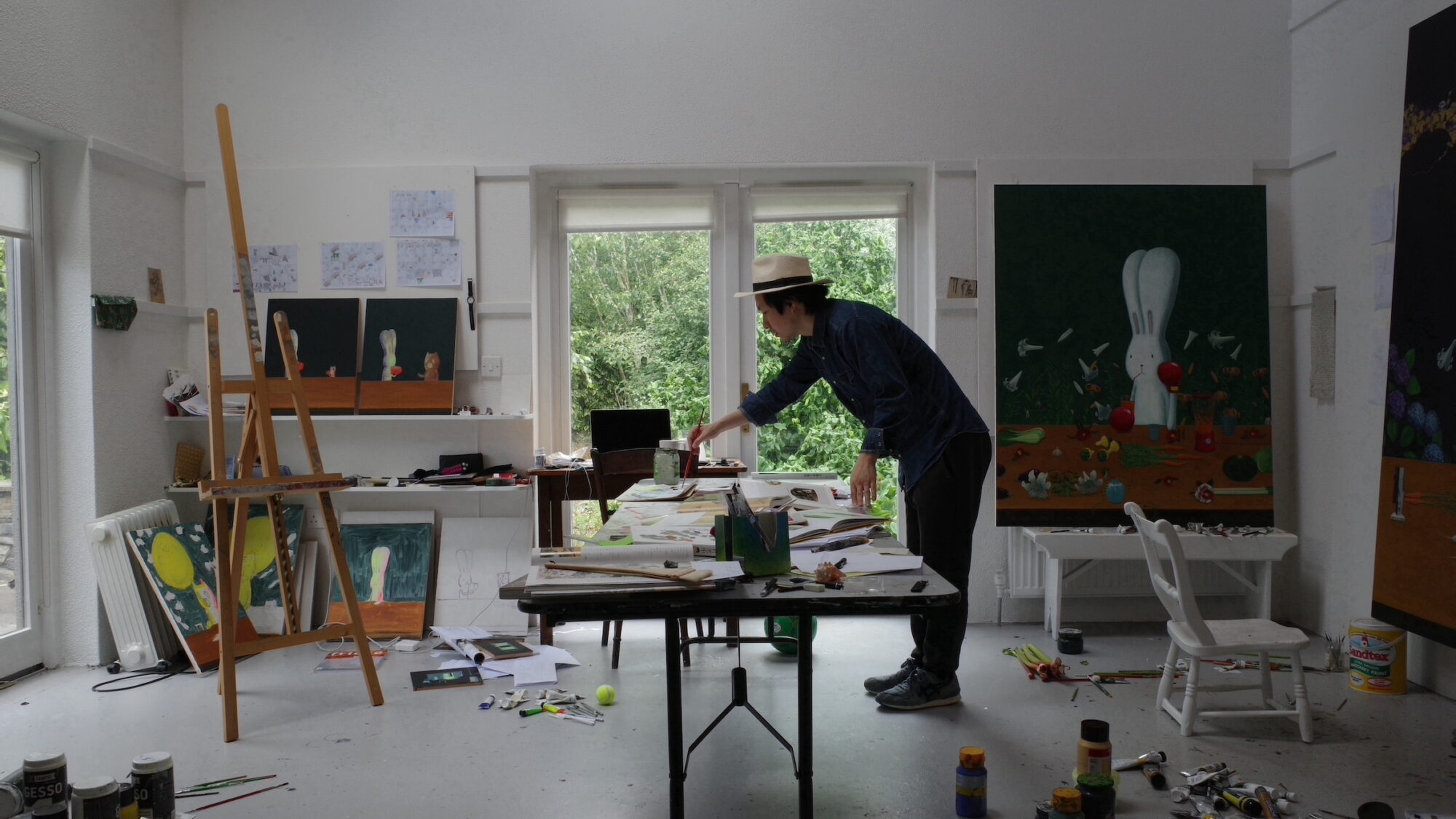 As part of our An Artistic Eye Series we asked Atsushi Kaga: how do they become and artist? What is the best thing about being an artist? What do they all day?

Behind the playful, surreal façade of Atsushi Kaga’s work lurks significantly darker territory; wherein the artist confronts serious issues of cultural politics, mental health – personal insecurities, paranoia (particularly a fear-of-missing-out), and the complex search for identity and the philosophical crises presented by daily routine. Through the eyes of a self-proclaimed ‘Otaku’, and fascinatingly influenced by a mixture of the Japanese storytelling cultures of Manga, Anime and Irish satirical Irish literature, from Swift to Myles na gCopaleen, Kaga’s razor-sharp wit and extraordinary imagination takes the viewer on a willingly-led journey of exploration through a complex alternate universe, a register of the sadly poetic to hilarious, in the company of a cast of invented, metaphorical characters. While still a student, Atsushi Kaga created the classic trickster, Pooka-like bunny, Usacchi, that has evolved over the years as an intricate, multi-faceted surrogate, an emotional self-portrait of the artist, at work and thought.

He has also held residencies in São Paolo, Fountainhead, Miami and the Artists’ Work Programme at the Irish Museum of Modern Art, Dublin. In 2019-2021 Kaga was awarded the Tony O’Malley Residency, Callan, Ireland. Atsushi Kaga will participate in the Steep Rocks Art Residency, Washington, Connecticut in Autumn 2021, and will present his first London solo exhibition with mother’s tankstation | London in 2022.

As part of our An Artistic Eye Series we asked Isabel Nolan: how do they become and artist? What is the best thing about being an artist? What do they all day?

From the Archive | Look | Read
Gabriel OrozcoThe Weight of the Sun

This month as part of our From the Archive Project, we would like to thank Kathleen Fitzpatrick for contributing to the series. Kathleen wanted to look back at the exhibition by Gabriel Orozco, The Weight of the Sun, which took place in 2003. In response, we have created this page to include installation images and […]