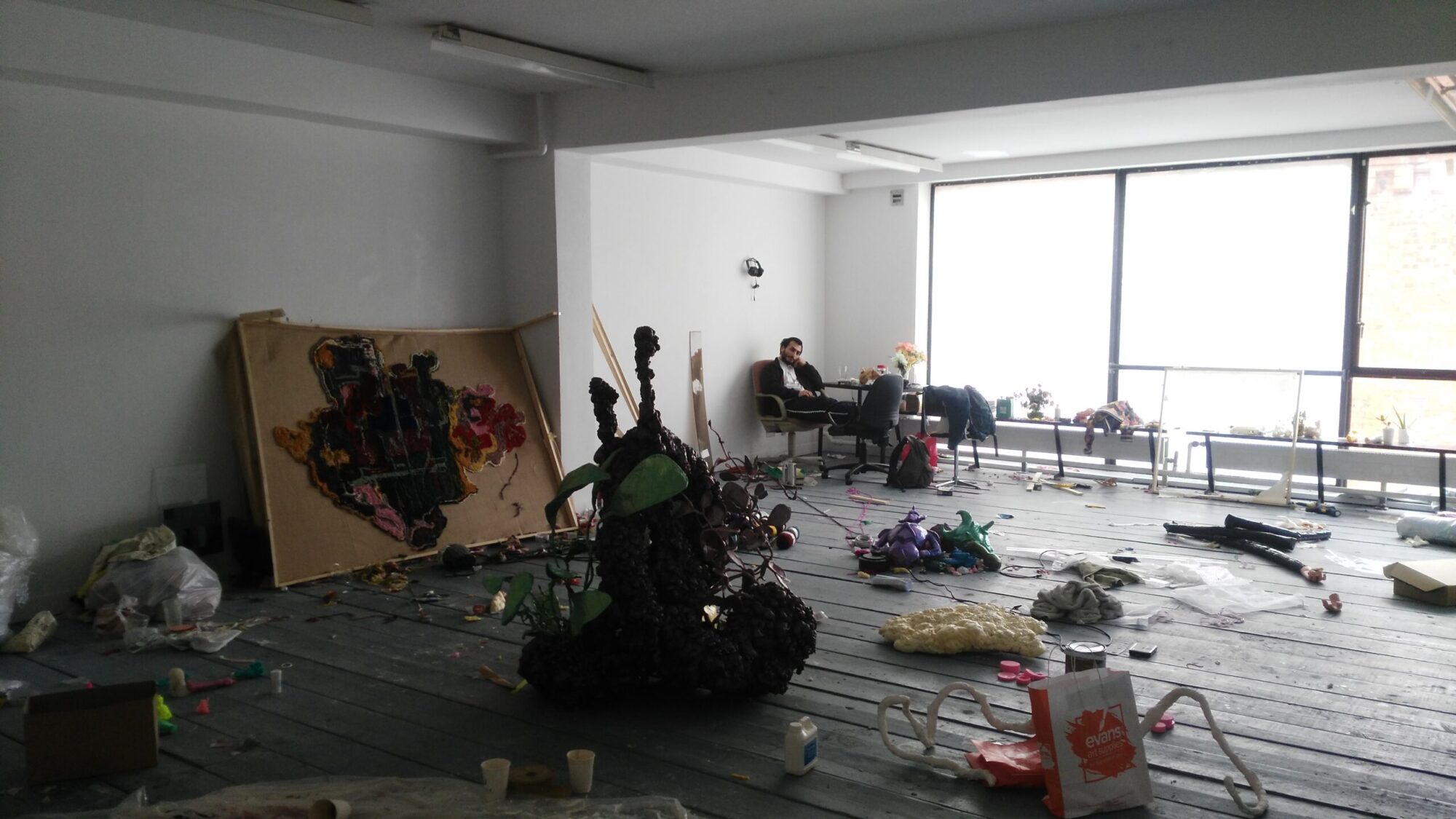 As part of our An Artistic Eye Series we asked Bassam Al Sabah: how do they become and artist? What is the best thing about being an artist? What do they all day?

Displacement, nostalgia and personal mythology play a significant role within his work as it also tries to capture a recollection that is not fixed, but rather an amalgamation of various narratives both false and true that have collapsed into each other causing the sensation of falsified memory and trauma.  To achieve this Al-Sabah has been drawing on the collection of scenes of war and destruction from children’s animations and deconstructing the parallels between fantasy and reality, the hero and the everyday, the make-believe and fact.

Bassam Al-Sabah is an inter-deciplinary artist working across film, painting, sculpture and printed matter. He graduated from IADT’s BA Visual Art Practice in 2016 and was awarded the RHA Graduate Studio Award (2016-2017) and the Temple Bar Gallery + Studios Graduate Residency Award  (2018-2019). Solo shows include Eight gallery (2017), The LAB (2018), and Solstice Arts Centre (2019). His work has been included in group exhibition in The RHA, Tulca and The Irish Museum Of Modern Art. Upcoming shows are a solo offsite exhibition with The Glucksman Gallery, Cork. In 2021, Al-Sabah will present a major solo show in Gasworks London which will tour to the De La Warr Pavilion, Bexhill.

Are you in Transition Year? Would you like to know more about art? Do you want to find out about how galleries work? The Douglas Hyde is delighted to announce the next round of our TY Project offering Transition Year students work experience, with the opportunity to learn new skills and get behind-the-scenes of one […]