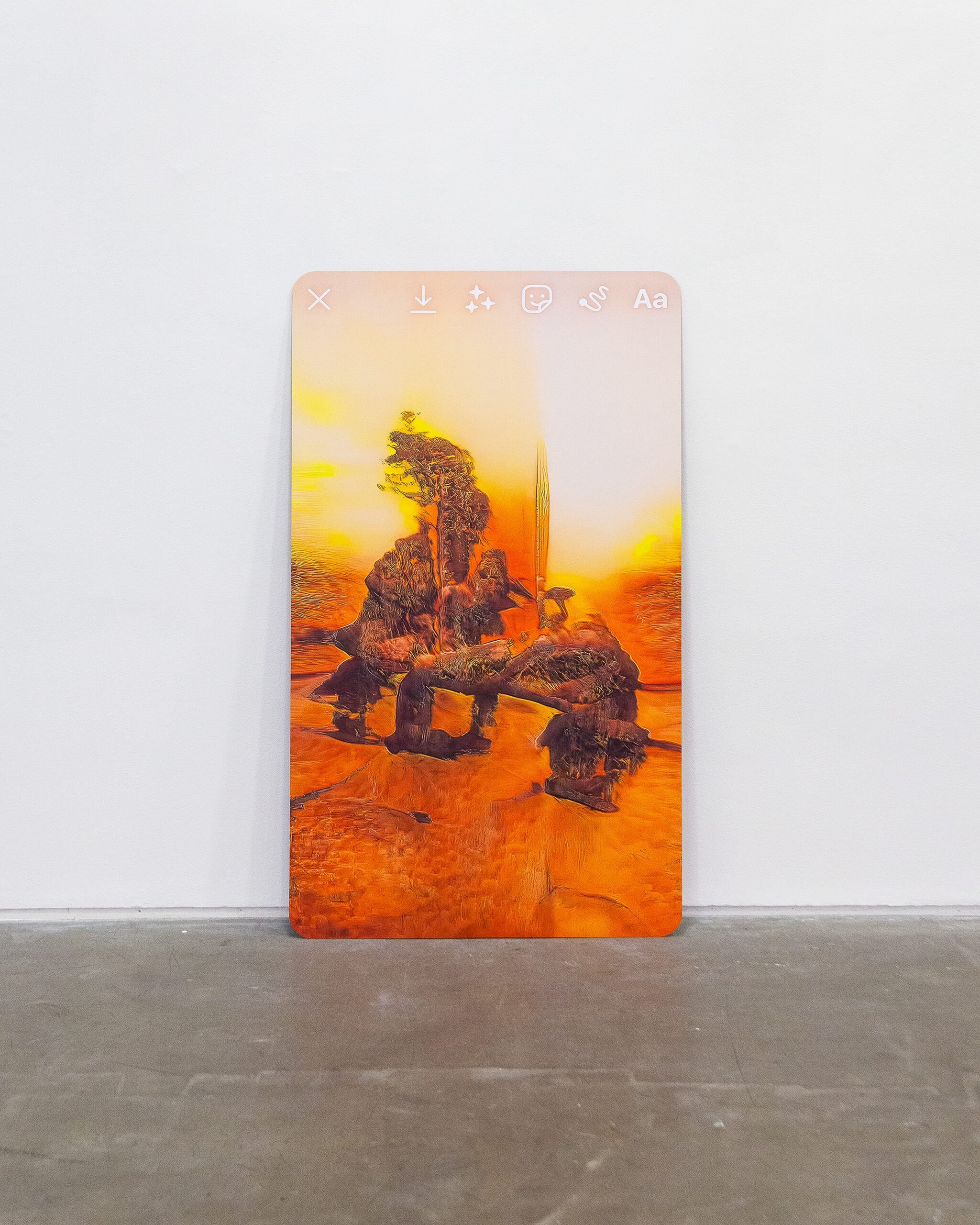 Recent world events have cemented the idea that the internet is now the primary space where art meets its audience. Having to close their doors, many galleries scrambled to produce online content to reach and engage audiences. The function of ‘white cube’ exhibition spaces has become increasingly one of documentation for artworks to be posted to Instagram and aggregator sites for viewing. This proliferation of documentation through algorithmic reproduction has created a situation where online observers are the primary audience for exhibitions, allowing the digital image to gain primacy over the original artwork. Not only does this raise questions about the future of offline exhibition spaces but also about the choice of the digital exhibition platform.

If the image of the artwork online determines its visibility in a physical space, how does the platform on which it is posted impact its visibility? For galleries looking to widen their reach and engage new audiences this can be problematic.

Instagram is dictated by algorithms that determine the audience for content based on data about what engages users most. Its feeds are hyper-individualised, curated and predictive. In order to be interacted with the public, it is necessary to be first seen and judged worthy by an algorithm. Any biases encoded into the algorithm are reflected in this process, making artworks less likely to be promoted on the feeds of users unrecognised by the algorithm, as interested in art.

By engaging with the predictive nature of algorithms, my aim is to widen the debate on the impact of social media on the future of exhibition spaces and resulting pressure to produce content that is both algorithmically friendly and user responsive. Having trained a machine learning algorithm on a data set of every image ever posted to the Douglas Hyde Gallery’s Instagram, I generated a series of predicted future images for the gallery.

Given the gallery was employed as a documentation space, the architecture of the gallery is clearly embedded in many of the images.

#future#content is a UV print of an algorithmically generated image. It represents a liminal space between photographer and image, a screenshot of the image taken before posting and transcending physicality to multiply and transform into digital manifestations of the white cube, artwork and strange object.

Luke van Gelderen is a visual artist based in Dublin and a 2020 graduate of Dún Laoghaire Institute Of Art Design + Technology’s BA Fine Art Programme. Luke utilises performance, video and digital collage to explore how contemporary identities are performed for, and mediated by, technology. The landscape is loneliness, memory, and violent queer representation. Luke has exhibited in Rua Red, Pallas Projects/Studios, Claremorris Open Exhibition, The Hafnarfjördur Centre of Culture and Fine Art, Iceland and Dublin Airport for Culture Night (2019). He was awarded the Rua Red Art Prize in 2018’s Winter Open with a solo exhibition My Activity in the gallery in 2019. His piece Chatroulette included a live stream performance as part of a solo show in K4 Galleri, Oslo Art Weekend, 2019. Luke was the recipient of the Ormond Art Studios Graduate Award (2020), culminating in the solo exhibition unrecognisable (spillway) in December 2020.

He is a co-founder of crux.project an experimental curatorial platform that seeks to expand strategies for the dual presentation of work in both the physical and virtual environment. In 2022 he will take up an internship in Aldea, (Centre for Contemporary art, Design and Technology) Bergen, Norway.

This work was partly funded by The Arts Council, Agility Award (2021).

We are delighted to share this article by Dr Jill Unkel, Curator of Western Collections at the Chester Beaty Library, in which she considers the tradition of books of hours and their influence on the Kristen Pieroth‘s work.