We are currently closed to install our upcoming exhibitions 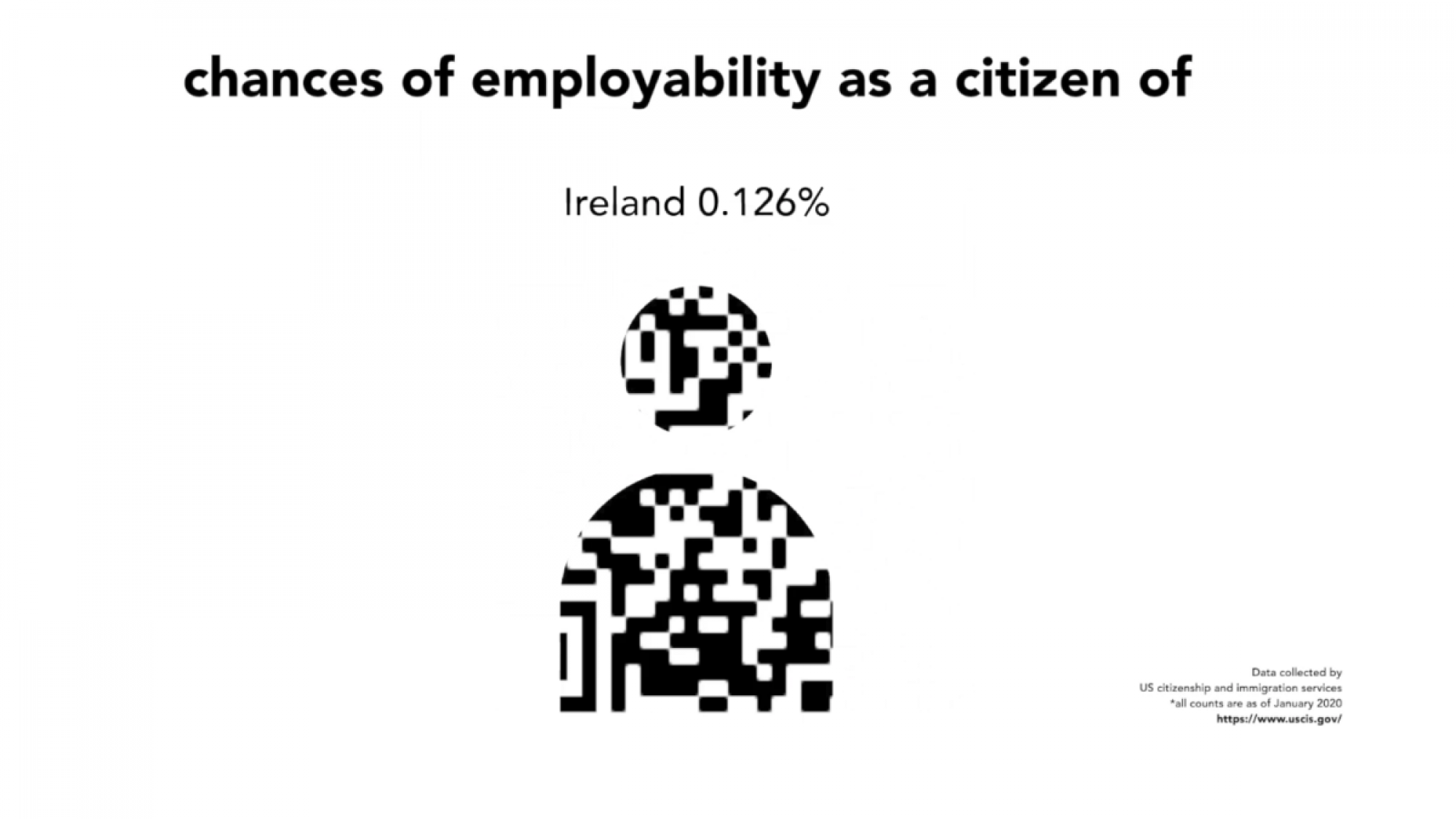 You want to travel to Greece? You ask for a passport, but you discover you’re not a citizen because your father or one of your relatives had fled with you during the Palestine war. You were a child. And you discover that any Arab who had left his country during that period and had stolen back in had lost his right to citizenship.

You despair of the passport and ask for a laissez-passer. You find out you’re not a resident of Israel because you have no certificate of residence. You think it’s a joke and rush to tell it to your lawyer friend: “Here, I’m not a citizen, and I’m not a resident. Then where and who am I?” You’re surprised to find the law is on their side, and you must prove you exist. You ask the Ministry of the Interior, “Am I here, or am I absent? Give me an expert in philosophy, so that I can prove to him I exist.”

Then you realize that philosophically you exist but legally you do not.

Immigrant, often wielded as a label is in fact, an experience. More often than not, citizenship is latched onto as a sole means of belonging, however, for immigrants, the idea of belonging is perplexing for their state of transience is perpetual.
Citizenship is prescribed at birth— sometimes fateful, sometimes not. In a globalised world like ours, it’s this simple accident at birth that dictates freedom of movement and opportunity. Lives become bound by visas by the virtue of which one’s potential is restricted. How can people be denied avenues that were warranted at birth? Why does one’s passport dictate their future?
Art can play a major role in claiming narratives of dispossession. Ergo, with Inclusive Exclusion, Aditi Kapoor aimed to emphasise how organisations who aim to support and encourage “diversity, equity and inclusion” while hiring, do in fact prefer citizens over migrants because of diplomatic allegiances and financial ease.

In a race already grounded on the use of inequitable resources, migrants are further denied access to progress. With her micro short, Aditi compiles data from the United States Citizenship and Immigration Service website and reworks it into statistics to showcase real time information on the amount of H1-B (work) visas offered to over 60 countries. Taking in consideration a 3 point decimal place— some countries like Yemen only have a 0.003% chance, i.e 13 people in 2019. Yemen’s population in 2019 was recorded to be 29.16 million.
With the aim of rendering new realities, one should be cognizant of the alterity that exists between people of all backgrounds. By holding organisations accountable and demanding rights for migrants to make an equitable space—  one can help reclaim access for those who can’t afford its meaning.
Citizenship is prescribed at birth, access is not.

Aditi Kapoor is equal parts photographer, writer and a first-generation immigrant. She has had experience navigating countries as an expatriate, having grown up in India and having studied in Ireland and the United States. Currently pursuing a degree in English Literature from Trinity College Dublin and Columbia University, Aditi is enticed by visual culture and aims to work at its intersection with modern contemporary ideas that enable change for marginalized people.

Inclusive Exclusion is made in partnership with the Douglas Hyde Gallery for the Student Forum iii group presentation of the online magazine: Rendering New Realities: Access and Alterity for Culture Night, 2021.

This month as part of the Your Gallery 3 series, we would like to thank writer and curator Pádraic E. Moore for contributing to the series via Twitter, suggesting that we look back at the 2001 exhibition of photographs by the artist Francesca Woodman (1958-1981). One of the nine iterations of the exhibition curated by […]

How do you become an artist? What’s the best thing about being an artist? What do you do all day? ‘An Artistic Eye’ is a series of videos in which these questions and more are asked of visual artists. Each of the artists shared their unique take on how, and when, they decided to become […]