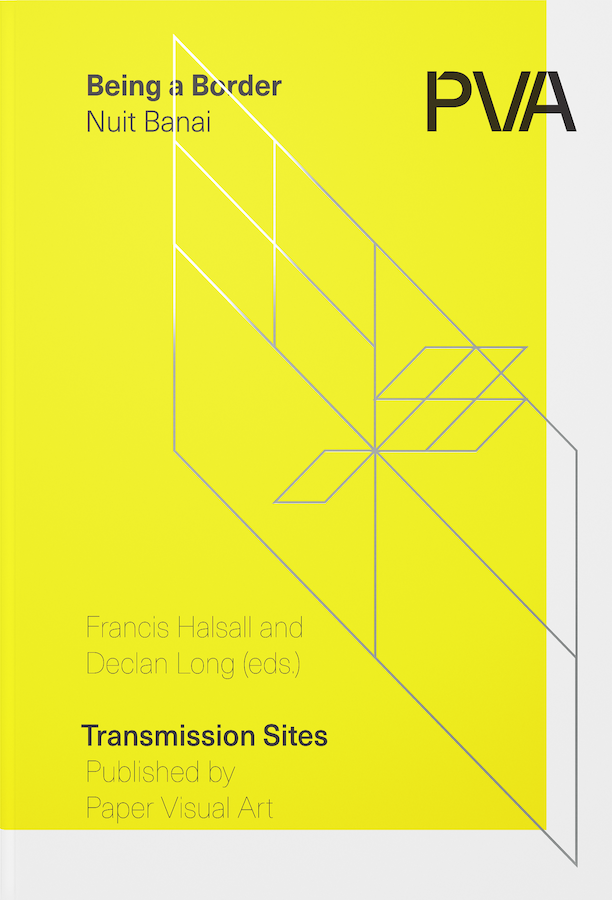 Nuit Banai | Being a Border

Border thinking has become a defining feature of the global social order in the twenty-first century. In Being a Border, art historian, critic, and theorist Nuit Banai writes on the technics of the border in contemporary art and culture.

Edited by Francis Halsall and Declan Long, Being a Border examines a wide span of artists’ practices and political concerns, exploring how border thinking has been cultivated and engineered as well as how it has been critiqued. Looking at a range of art practices – including Richard Mosse, the Centre for Political Beauty, Vedovamazzei, and Grada Kilomba – Banai considers how artists have found ways to subvert these increasingly pervasive biopolitical and necropolitical technologies and systems.

The first in a new book-series, Transmission Sites, Being a Border is a co-publication by Paper Visual Art and the National College of Art and Design, Dublin. This book was written following Nuit Banai’s participation in the Art in the Contemporary World (ACW) / IMMA Visiting Critic-in-Residence programme in 2014.

Transmission Sites is a cross-disciplinary book series, featuring extended critical texts on current concerns by key theorists or writers. Each book is devised and co-published with a partner educational or cultural institution.