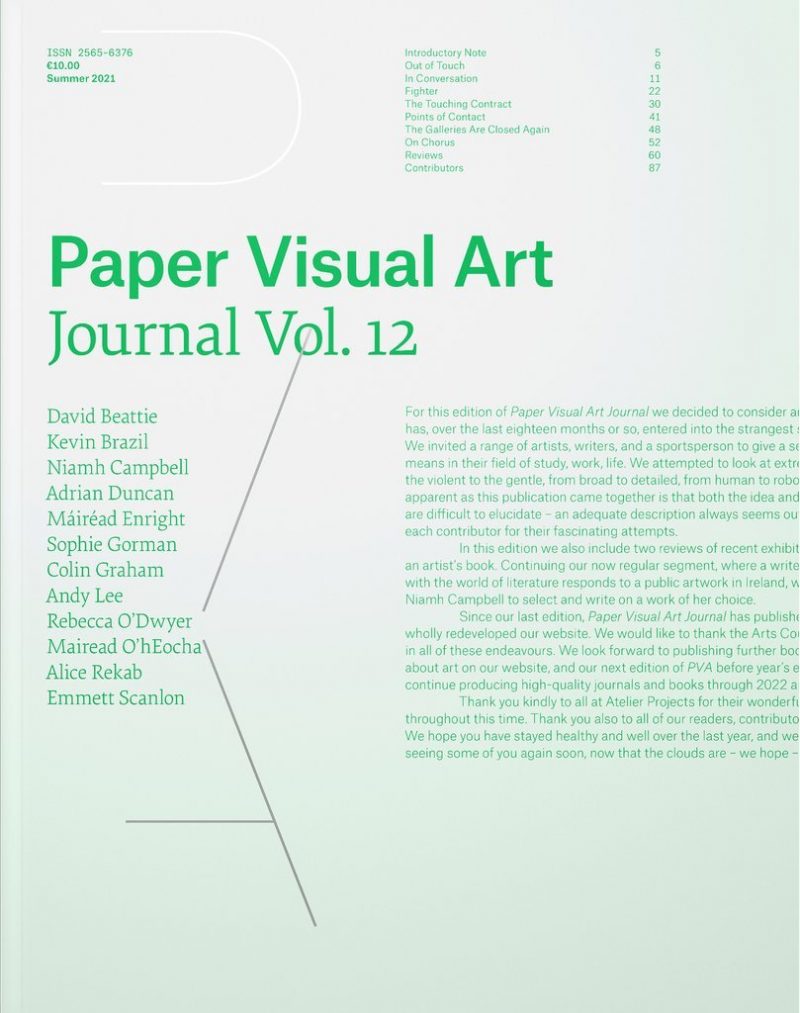 This edition of Paper Visual Art Journal considers an aspect of life that has, over the last eighteen months or so, entered into the strangest sort of flux – touch. PVA invited a range of artists, writers, and a sportsperson to give a sense of what touch means in their field of study, work, life. Attempting to look at extremes of touch from the violent to the gentle, from broad to detailed, from human to robotic. What becomes apparent is that both the idea and the feeling of touch are difficult to elucidate – an adequate description always seems out of reach. With contributions by David Beattie, Kevin Brazil, Niamh Campbell, Adrian Duncan, Máiréad Enright, Sophie Gorman, Colin Graham, Andy Lee, Rebecca O’Dwyer, Mairead O’hEocha, Alice Rekab, and Emmett Scanlon.

Paper Visual Art (PVA) began as an online journal of art criticism, established in 2009 by Niamh Dunphy. Now based between Dublin and Berlin.

PVA began as a response to what was felt to be a lack of clear and critical writing on visual arts in Ireland at the time. Their interest is in producing writing about art that might also be read by those who have a curiosity in art and art discourse, and their aim is to produce texts that are forward-moving, and readable – without unnecessary jargon – through an active, critical, and at times lengthy editorial interaction with each writer.