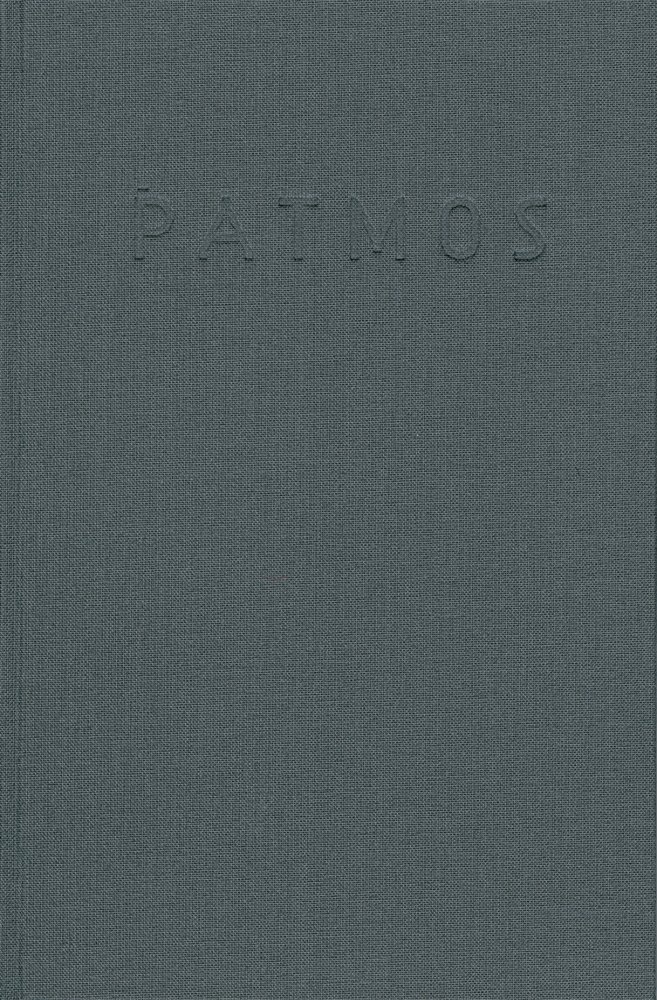 Published in 2001, Patmos is the second installment of the Douglas Hyde Gallery’s series of books that record the Gallery’s exhibition programme.

Patmos charts the programme from 1997 to 2001, which included exhibitions by Peter Doig, Felix Gonzalez-Torres, Mike Nelson, Giuseppe Penone, Gregor Schneider, Paul Thek, and Luc Tuymans. Subtitled ‘On Home’, Patmos alludes to an inner journey from darkness to light, and the fragmentary text refers to some of the main influences on the tone of the exhibitions: the writers W.G. Sebald, Robert Walser, and Rene Daumal; the film-makers, Abbas Kiarostami and Chris Marker; the architect Christopher Alexander; and the Sufi poet, Jallaludin Rumi. The format of this book, hardbound in cloth, became the model for all of our publications until 2014.