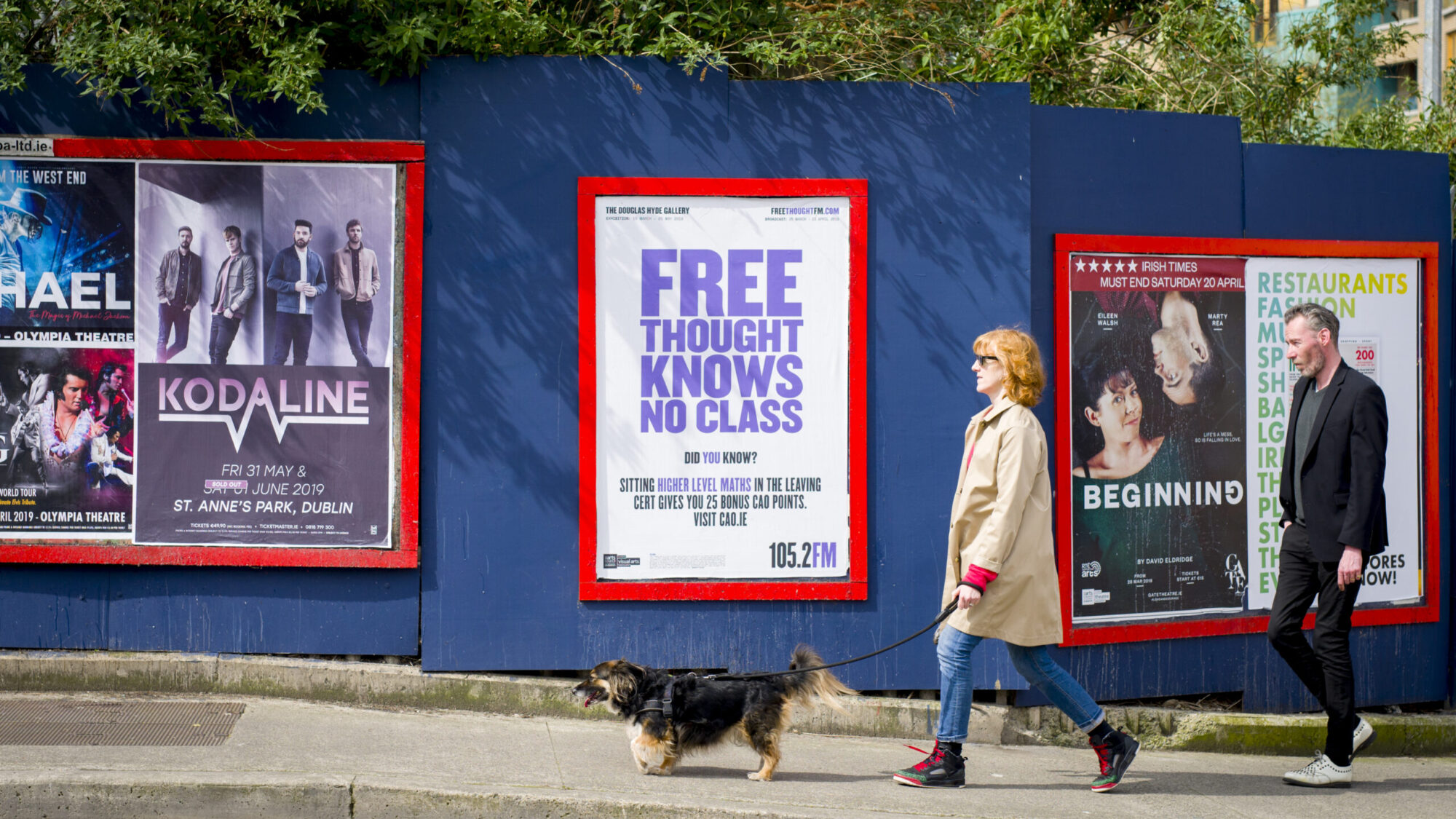 As part of our An Artistic Eye Series we asked Garrett Phelan: how do they become and artist? What is the best thing about being an artist? What do they all day?

Garrett Phelan is one of Ireland’s leading visual artists who continues to break barriers of form and engagement. Over the past twenty-five years, Phelan has realised incredibly ambitious and deeply engaging projects in diverse contexts, ranging from a sprawling installation in a deserted council flat in the north inner city (NOW:HERE, 2003) to the coordinated ringing of the bells of Christchurch and St Patrick’s Cathedrals across the city as part of New Faith Love Song (2012). HEED FM (2016), a 28-day anonymous sound broadcast portrait of 18–25 year olds from all backgrounds, presented recordings made over an eight-month period with a generation whose opinions and beliefs are rarely heard in the public domain. Phelan realised THE HIDE PROJECT as a continuous, permanent commission by Fingal County Council.

Most recently, he realised FREE THOUGHT FM at The Douglas Hyde Gallery (2019), which at the core was a 30-day live broadcast of conversations in the gallery which opened up the critical and often hidden issues of class inequality and inequality of access to education in the Dublin region. These groundbreaking, site-specific projects across locations, form and audiences have been combined with key institutional projects nationally and internationally at the Irish Museum of Modern Art, the 11th Lyons Biennial, Dublin City Gallery The Hugh Lane and Manifesta 5 (2004).

From the Archive | Look | Read
Isabel NolanCalling on Gravity

As part of our monthly From the Archive Project, we would like to thank one of the participants from our TY Project for contributing to the series. They requested that we look back at the 2017 exhibition Calling on Gravity by Isabel Nolan. In response, we have updated this page with installation images and images […]

As part of our An Artistic Eye Series we asked Bassam Al Sabah: how do they become and artist? What is the best thing about being an artist? What do they all day?