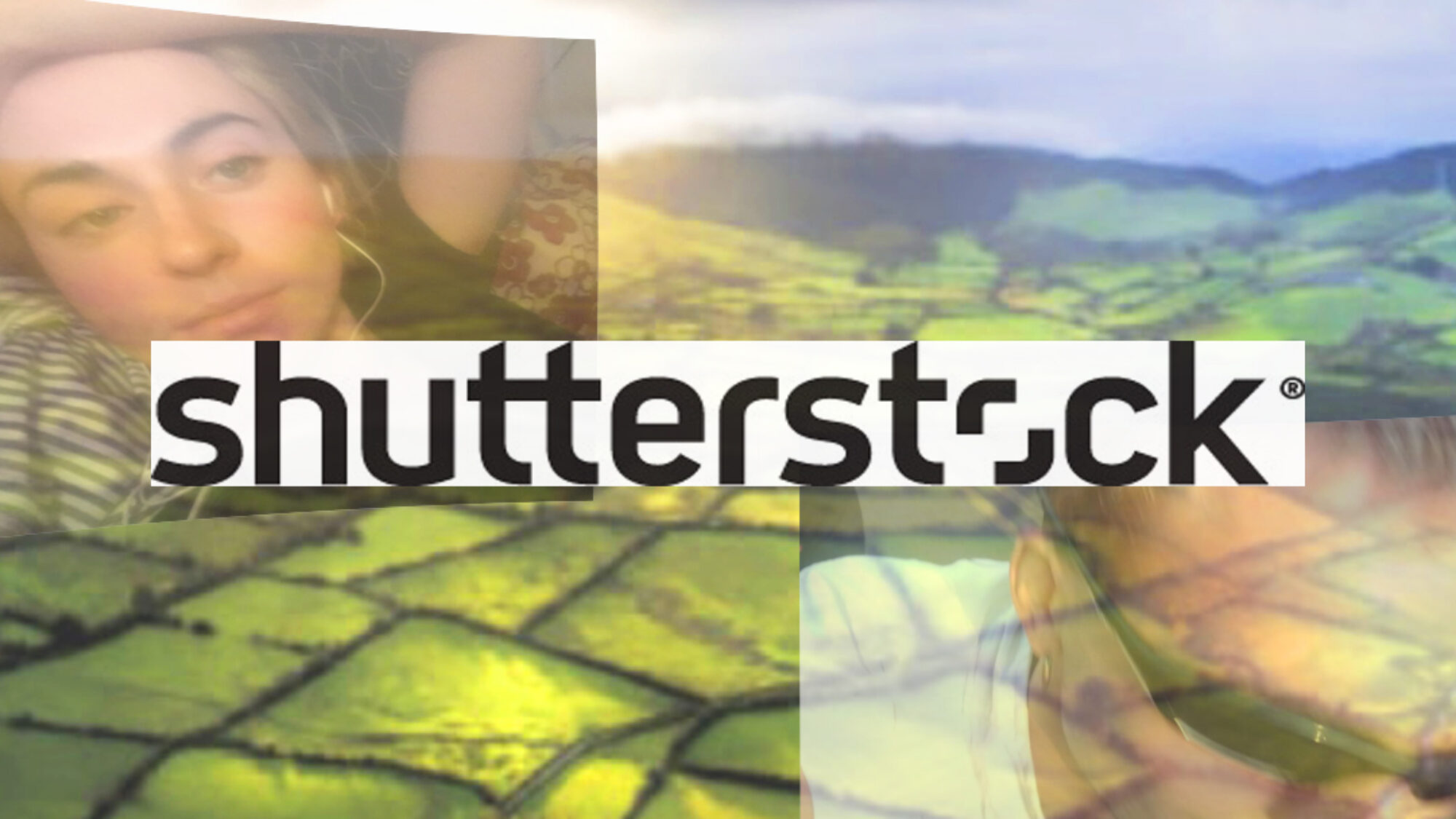 A musical tradition unique to neoliberalism, stock music relies on ‘music contributors’ creating royalty-free products that are submitted, reviewed, and sold to online archives, with a view to soundtracking commercial time and space. Despite being trapped and reduced to a corporate kernel, this music has glimmers of life lying dormant within its stems.

For this collaborative performance, the two artists share excavated material from the stems of the Shutterstock Music archive—rebuilt and rearranged for non-commercial settings. The performance integrates songs and values of the Irish oral musical tradition—where shared experience birthed and carried the music—in an attempt to recover from Shutterstock traces of social vitality.

This is the second performance in the SHUTTERSTOCK project, following on from Galeria Zé dos Bois, Lisbon in June 2021.

Dreamcycles is an alias of Jennifer Moore, a multi-disciplinary artist working with sound production, performance and writing. Her practice is often collaborative, developing work primarily within Irish DIY music and art communities and organisations over recent years. She has developed site specific performance (Cork City Gaol, 2018), scores for moving image (Yoga for The Eyes, 2018) and exhibition (Waterbodies, Catalyst Belfast, 2020) as well releasing solo productions with record labels in Ireland and the Netherlands. Her most recent music release Channels of Time was published by Irish label wherethetimegoes in August 2021. Recent and upcoming performances include IMMA, VISUAL Carlow, and Dublin Digital Radio’s Alternating Current Festival.

Sean Being is an Irish musician and performer based in Lisbon, Portugal, working predominantly as a solo artist within experimental pop music as well as collaboratively on conceptual and compositional projects for other media. He is heavily involved in DIY music communities in Ireland and Portugal, both as a performer and as a recording artist. He has previous and forthcoming releases on Dublin label wherethetimegoes and has had a residency on Dublin Digital Radio since 2019, alongside guest appearances on Radio Quântica (Lisbon) and NTS Radio (London).

As part of our Response Series, The Douglas Hyde is delighted to announce a Writer’s Response where writer Stephen Sexton will respond to the work of Bassam Al-Sabah and his current exhibition: IT’S DANGEROUS TO GO ALONE! TAKE THIS

Tour of the exhibition IT’S DANGEROUS TO GO ALONE! TAKE THIS by Bassam Al-Sabah led by the Student Forum Group The Student Forum is a group of students and recent graduates who engage with The Douglas Hyde and its programming in different ways over a period of twelve months. These engagements include leading tours of our […]

The Douglas Hyde is very pleased to announce an In Conversation event where our Director, Georgina Jackson will talk to Bassam Al-Sabah about, amongst other things, their collaboration on the IT’S DANGEROUS TO GO ALONE! TAKE THIS exhibition project. Booking required. Please complete the booking form from the link in this section.

As part of the Seen-Unseen Project, in this non-visual exploration, Artist Clare McLaughlin will explore the work of Bassam Al-Sabah within the exhibition IT’S DANGEROUS TO GO ALONE! TAKE THIS This visit is for and with people who are visually impaired. Booking required. To register for the tour please email clare@seenunseen.ie

Jane Fogarty is a visual artist based in Dublin. Jane has many years of experience mediating both modern and contemporary art in museum, gallery, and community settings. Jane will lead the tour group through a VTS (Visual Thinking Strategies) discussion of Bassam Al Sabbah’s current exhibition IT’S DANGEROUS TO GO ALONE! TAKE THIS This tour is […]

As part of our Response Series, The Douglas Hyde is delighted to announce a Writer’s Response where writer and editor Anna Walsh will respond to the work of Jennifer Mehigan and her current exhibition in Gallery 2 as part of The Artist’s Eye programme.